College Majors with High-demand Graduates in the Future

Home > Articles > College Majors with High-demand Graduates in the Future

Choosing and determining college majors is a mandatory thing that must be done right before graduating from high school (SMA). Both for the science and social studies majors in high school, determining the right college major has a huge impact on the sustainability of your future study. If you make a mistake in choosing a major, it could mean that the study process will not be carried out to the fullest.

The determination of majors for college is mostly done near the acceptance of new students at the tertiary level. Several things must be considered before actually deciding which major to enter, such as interests and talents to job prospects from the majors that will be entered.

There are many interesting majors that can be chosen when entering the university level, of course, according to the development and needs of future work without the need for an aptitude test for college majors. Nowadays, jobs that are relatively untouched by automation technology are mostly in education, health, training and social work.

Or also more often referred to as Medical School, is one of the most popular science majors in Indonesia. This course is suitable for those who are interested in how to prevent and treat diseases as well as perform medical treatment. Medicine also studies the treatment of disease derivatives.

Such as types of diseases, anatomy, muscles and nerves to knowing various types of drugs as medical measures. Basic medical education is the first step to a higher level, such as choosing a concentration. Starting from concentrating on children’s health, and treating diseases to medical treatment, medical school can be the most needed college major.

In general, this department of Pharmacy studies medicinal matters from classification, and function to an analysis of the content of various drugs. In special competencies, it is carried out to mix drugs using certain formulations. The goal is clear to be used as a medicine for people with certain diseases.

This college major studies many things related to food and relationships with humans. The relationship of nutrition to agriculture, industry and socio-culture is also a focus of this department. Nutrition science also studies growth and balanced nutrition for humans to regulate nutrients in the diet.

Apart from that, everything related to food and its impact on the human body is studied in the department of nutrition science. For students majoring in science who are interested in the field of food, especially the nutritional content of food consumed by humans.

It is a major that is closely related to numbers, but the subjects included in the science department are more focused on planning. In addition to data collection, data analysis and then making decisions from the results of the analysis carried out. This major studies data-driven analysis in various fields of science.

This Social Studies major is not only about learning how to speak or communicate properly. But also learn how to communicate with other people or groups using the media of writing, pictures, and videos.

This course is related to the management of companies or commerce, such as marketing activities, financial management to HR management in business in detail. The management of facilities and infrastructure in the company and creating products are also studied in this department.

Also known as fiscal administration is a department that focuses on the field of tax management and calculations. Entering this department requires students to be able to learn various types of taxes that exist in Indonesia. Starting from tax rules, tax calculations and other tax-related matters that are included in the problem.

As the name implies, this course studies the relations or relations between two or more countries, the relations formed are not only diplomacy but also in terms of conflict, welfare and security. Including all that concerns the life of the people in a country and some of the studied country zones. 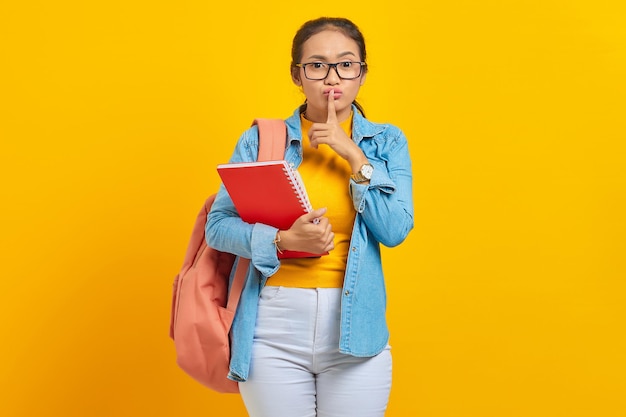 Of the various college majors that have been described above, of course, there is an opportunity for students who have graduated to immediately get a job. The prospect of job opportunities or careers based on college majors actually depends on the person, if the person has good grades and their talents have been honed properly and correctly.

For example, doctors. Medical students majoring in job opportunities can be in government or private clinics. Or you can open your own clinic after obtaining a license to practice as a health practitioner or researcher. The medical department allows students to freely choose their career path in the world of work.

This is a brief explanation of the college majors which graduates are in high demand in the future. Sampoerna University is the only university in Indonesia that offers an American-style higher education experience. As part of the Sampoerna School System, it is the culmination of the only school system in Indonesia that is nationally integrated based on world-class quality standards.

Sampoerna University is more than just a campus — it is a learning community that prepares students to succeed both academically and professionally. Here, students will not only learn and acquire academic skills—they will be challenged to think, do, and grow for the better.

With our program, students are guaranteed to have better skills and credentials that will open the doors to national or international careers once they graduate. Interested in what major is right for you? You can take the interest and aptitude test program at Sampoerna University. Click here to sign up.