Get to know Data Scientists, Study Majors to Salaries

In an era of increasingly developing technology as it is today, many professions also develop following the changing times, one of them is a data scientist. However, what exactly is a data scientist and what are the prospects for this job in a time where speed is the key to work.

In general, the job of this profession is to collect and clean up various irregular data. In addition, it also analyzes several types of data, of course in large quantities to find new understanding or insight on an issue. For a company, the insight obtained is used as a recommendation to develop a business.

What is a data scientist? It is a profession that requires someone to process data with scientific methods, produce accurate and high-value information so that it can assist decision making. This is a profession for a person behind the control of data processing technology.

This profession relies on data analysis capabilities, such as combining data from various sources and ensuring the consistency of datasets or data preparation. Then choose the factors or algorithms that affect the prediction results. It also to make infographics easier for decision makers to understand the data.

A data scientist must have the skills to find out useful information for business development by utilizing statistical methods. The development of the industrial revolution 4.0 has positive and negative impacts, of course, data scientists seem to be victims of developments that occur and professionals in this profession are required to adapt quickly. 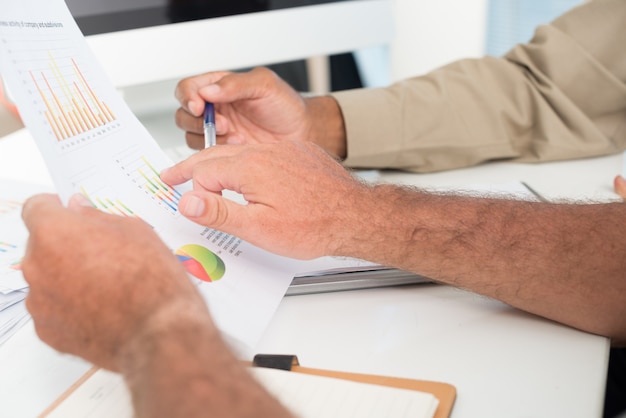 Data science in college forces students to learn about programming languages, especially those used for mining to data mining. Processing and interpreting data also requires the science of statistics and especially mathematics. Information systems, informatics engineering, statistics and mathematics are the capital to enter this department.

Fundamentals such as calculus and linear algebra are the most widely used parts of the analytical process. Likewise with statistics, understanding the meaning of data, the process of validating hypotheses, preparing forecasts and so on. Coding must also be mastered by students majoring in data scientists.

However, the ability that must be mastered when taking this major in lectures is how to process big data. This process is carried out to facilitate data analysis, big data is data with very large volumes. This data cannot be processed using traditional methods or tools, must use new methods.

As explained above, a data scientist is required to perform analysis and interpretation on complex data sets, starting from collecting, processing and analyzing large amounts of data. The data scientist is in charge of processing data from the Data Engineer and seeing if there are new business opportunities from the data collected.

Meanwhile, Data Analyst is a profession that requires people to be responsible for data processing, decision making and visualization. This profession requires a person to deal directly with a lot of data, his job is to find insight whose function is to advance the business from various aspects then the data that has been processed is given by a data engineer.

Data Scientist is in charge of cleaning, processing and processing big data. Then involved in strategic planning for data analysts to carry out analysis and make optimal use of Machine Learning.

While the data analyst role is to clean, perform analysis and create visualizations. More to the representation of data through reports and data visualization, then working with the management team to understand the business needs that are needed.

This job has become one of the most sought after professions for the technology industry today, having a fairly crucial role in a company. And became a milestone in the development of the company, even though this profession was not matched by the availability of the number of existing workers.

From the data that has been collected, companies in Indonesia that open job vacancies offer salaries of around Rp. 7 million to Rp. 25 million. The average wage earned reaches Rp. 12 million, the nominal estimate can be different and adjust according to the capabilities of companies in Indonesia.

There are many areas of non-technical expertise that can enter and become a data scientist, this job has become very popular in recent years. Because it uses three elements in doing this work, including big data, machine learning and IoT (Internet of Things), these three things were not popular before and were not widely implemented in the past.

This is a brief explanation of what a data scientist is, how it works and how much salary a person gets. Interested in studying at an excellent and international standard campus to achieve a bright career? Thanks to the international curriculum and relevant soft skills taught at Sampoerna University, alumni are needed not only by national companies but also by international companies. If you are interested in more information about Sampoerna University, you can access it here.