The formulation of Pancasila as the national ideology has gone through a long process, various philosophical and ideological interpretations were carried out to achieve the values known today. The ideology of Pancasila is the noble cultural and religious values of the Indonesian nation, this ideology is a collection of values or norms based on the precepts of Pancasila.

The importance of an ideology for a country is the meaning of all views, values, ideals, and beliefs that want to be realized in real life. Ideology in this case is very necessary because it can be used to raise awareness of the local community in the country towards independence.

The ideology of Pancasila is a collection of values and norms that form the basis of beliefs and ways of thinking to achieve goals based on the five precepts is a general explanation in this ideology. In addition to the five articles that must be memorized, the Indonesian people must also know the ideology used, so that their love for the country will increase.

Pancasila as the national ideology experienced a period of development, as was the case in the old order, new order, and reform era. Various parties and experts agree that ideology is a collection of ideas that are mutually agreed upon and is a characteristic of the Indonesian nation. The Indonesian people are proud to have Pancasila as an ideology.

Why Pancasila Ideology as the Nation’s Basis? 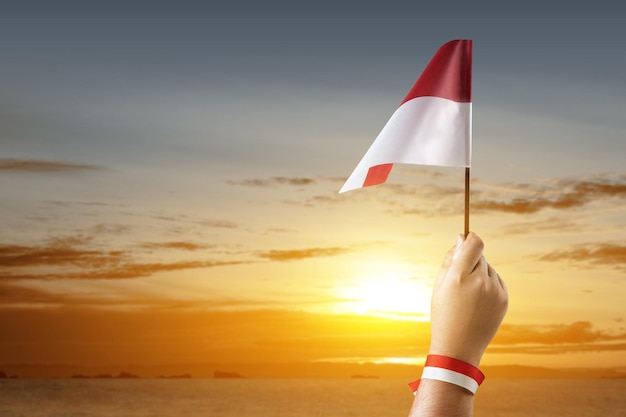 From there, it is clear that Pancasila is the basis of the nation. Guidance in the life of the nation for the people of Indonesia. Like the direction, there will be no nation if there is no Pancasila in it. Pancasila also has historical value, seen from the process of formation as a result of the agreement of the group representatives when establishing this country.

What is the Pancasila Ideology?

The Indonesian people are proud to have Pancasila as the national ideology, guiding the Indonesian people in determining attitudes and behavior through this ideological development body. The values contained in the five principles of Pancasila are used as a rule of thumb by this nation in acting in the life of society and the state.

The application of the first precept is to give people freedom in embracing the religion they believe in. The state has never forced someone to embrace one of the many recognized religions in Indonesia.

The application of the second precept is that by respecting each other according to eastern etiquette, Indonesian people are obliged to have mutual respect both individually and in groups.

Unity of Indonesia as the sound of the third principle of Pancasila requires people to prioritize group interests rather than individual interests. The state must prioritize the common interests of the Indonesian people.

The fourth precept requires the community to be obliged to consult when making decisions or in finding solutions to problems that are currently being faced or are happening in Indonesia and have an impact on society as a whole.

The last precept demands that all people, both individually and in groups, always be fair in deciding a problem. Or provide a solution in solving a problem.

Just as identity cards are generally owned by the public as identification, ideology can also be used that way. As an identifying mark of a nation, it cannot be separated from the function of ideology, namely the cognitive function and basic orientation. Cognitive function means ideology is used as the basis for a nation in living the life of the world.

The basic orientation function means things that can be used as a source of insight and meaning for the community. Besides that, it is also a guide for the community in achieving goals, ideology on the grounds of having a central position for the Indonesian nation. The following are some of the functions of Pancasila as the national ideology.

Pancasila has a position as the national ideology of the Indonesian nation, meaning of Pancasila from the stipulation states that the values contained in this ideology become normative ideals for state administrators as well as a way to grow a sense of love for Pancasila as the basis of the state.

Thus a brief explanation of the meaning of Pancasila along with its functions and examples. By studying it, hopefully, we can apply it to our everyday lives. Sampoerna University has a department of the Faculty of Education as a form of dedication in providing quality education to prepare for the future of the Indonesian generation. Learn more about Sampoerna University here.