Pancasila is the basis of the Indonesian nation which consists of two words, namely Panca and Sila. Panca means five, while Sila is principles, so Pancasila is defined as a formulation and guideline for the Indonesian people’s life. Everyone who has a good nation awareness will use the principles of Pancasila in social life.

Democracy is an understanding that has been believed by the Indonesian people from the past, the main principles of Pancasila democracy are derived from the principles contained in Pancasila. Pancasila is also referred to as a clear picture representing the characteristics of the Indonesian nation since its formation until now.

Pancasila democracy is also based on the principles of kinship and mutual cooperation, with the aim of the welfare of the people. The process of Pancasila democracy lasted from 1945 to 1950, Bung Hatta had a big role in the origination of Pancasila. Until now these guidelines are applied by the community in their daily lives. 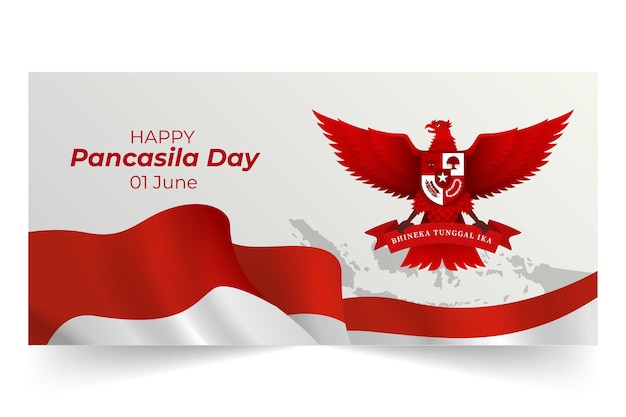 Pancasila was born as a reaction to Guided Democracy under the government of President Soekarno. The influence of Soekarno and the Old Order began to erode following the events of the September 30th Movement (G30S) 1965. When the new order was born, Guided Democracy was rejected, making Suharto later take the lead and become President of the Republic of Indonesia.

In his state speech on August 16, 1967, he stated that Pancasila Democracy was rooted in people’s sovereignty democracy which was imbued and integrated with other precepts. This means that exercising democratic rights must always be accompanied by a sense of responsibility to God Almighty.

Pancasila democracy is a democracy led by wisdom in deliberation/representation with the belief in one God, just and civilized humanity, which unites Indonesia and has social justice for all Indonesian people, according to Nugroho Notosusanto.

It is hoped that attitudes and behaviors that uphold the values ​​of truth, kindness and justice will be born. In making decisions for the public interest, pay attention to things that can be morally accountable to God Almighty with a noble heart foundation.

Based on the teachings of God Almighty, a democratic culture with a just and civilized spirit of human values ​​will give birth to attitudes and behaviors. Of course, those who uphold human values ​​in the decision-making process and implementation of decisions.

Unity of Indonesia is the unity of the nation that occupies the homeland of Indonesia, with the same goal of realizing independence and achieving national goals. Democracy with the spirit of the value of Indonesian unity will also foster attitudes and behavior.

Consists of a balance of rights and obligations of every citizen, equality of personal rights in the family and recognition of the rights of political, economic and social organizations. And the principle that rejects the notion of etatism or the state kills the potential of economic units outside the state sector and free competition from human exploitation.

Principles and Characteristics of Pancasila Democracy

Characteristics of democratic government such as the system of power sharing between the executive, legislative and judiciary. Then there are elections, political parties, representatives to the public interest in everyday life.

This is a brief explanation of the meaning of Pancasila democracy, its system, principles and characteristics. Democratic values ​​need to be instilled from an early age, one of which is in the world of education. At Sampoerna University, students are not only taught about being intelligent and ready to face future challenges, but are also instilled in adhering to Pancasila as the state’s foundation.

Sampoerna University organizes educational programs under a licensed and credentialed authority from the Ministry of Research, Technology and Higher Education of the Republic of Indonesia. Established with a clear goal of meeting national and international standards, Sampoerna University is uniquely qualified to make a substantive contribution to society through education.

Learn more about education at Sampoerna University by clicking here.

6 Websites to Improve Your Resumes and Cover Letters