Society 5.0 – Plans for the Great Transformation of Japanese Society

Civilizations in the world are getting more advanced, technological knowledge is growing. This makes developed countries think about how to make their citizens more sophisticated to live side by side with technology. Japan has been thinking about technological developments in the welfare of society since decades ago. However, the development of Society 5.0 is now being called ‘crazy’ but, full of appreciation.

Society 5.0 is a concept that defines that technology and humans will coexist to improve the quality of human life sustainably.

The development of information and communications technology (ICT) has had a drastic impact on society and industry. Digital transformation generates new values ​​and is a pillar of industrial policy in many countries around the world. In anticipation of this global trend, “Society 5.0″ was introduced as the main or core concept in the 5th Basic Plan of Science and Technology, which was adopted by the Cabinet of Japan in January 2016. The Era of Society 5.0 was identified as part of one of the growth strategies in Japan.

We are now in a new era, where globalization and the rapid evolution of digital technologies such as Artificial Intelligence (AI), Internet of Things (IoT), and robotics are bringing significant changes to citizens of the world. Citizens’ environments and values ​​are becoming increasingly diverse and complex. Chart 1 below shows activity targeting new digital technologies worldwide, which includes Industry 4.0, also known as “the 4th Industrial Revolution”, the Internet technology industry, and Made in China 2025. 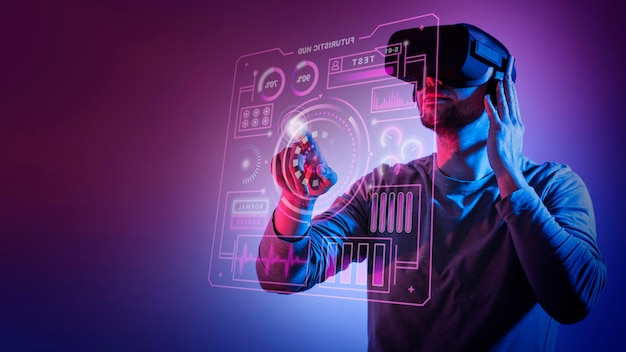 The goal of the Society 5.0 era is to create a society where people enjoy life to the fullest. Economic growth and technological development are the main goals, and not for the prosperity of a select few.

In accordance with the concept launched by the government, various activities have been initiated in Japanese academic circles and industry. And, although this technological development of humans originated in Japan, the goal is not only for the prosperity of a country. Frameworks and technologies are developed without a doubt that will contribute to solving social problems and challenges around the world.

Looking back on human history, we can define the different stages of society. Society 1.0 is defined as a group of people who hunt and gather in harmony with nature. Society 2.0 forms a group based on agricultural cultivation, organizational improvement, and nation-building.

Society 3.0 is a group of societies that pushed industrialization through the industrial revolution, enabling mass production. And Society 4.0 is an informational society that realizes increased added value by connecting intangible assets as an information network.

In this evolution, Society 5.0 is an informational society that is built on top of Society 4.0, which aims to realize the equality of people’s welfare in the world. (Chart 2).

Although Society 5.0 is Japan’s growth strategy, it is not limited to Japan, because its goals are the same as the sustainable development goals (SDGs). The challenges facing Japan, such as an aging population, declining birth rate, declining population, and aging infrastructure, are challenges that many other countries will eventually face.

Speaking of Society 5.0 Japan was one of the first countries to face this challenge. With the initial resolution of these challenges through Society 5.0, and by sharing these solutions with the world, Japan can contribute to solving similar challenges around the world and achieving the SDGs.

It is often said that digital transformation has a drastic impact on conventional industries, as well as increasing social complexity, and some of the negative aspects of digital society, such as security risks and privacy concerns, are now becoming apparent.

At the same time, the trend to create new value through digital technology and contribute to the society of tomorrow can now be seen all over the world. The evolution of digital transformation is not one of the strategies that can be avoided.

However, this will require in the words of the position paper, breaking down the “five walls” of ministries and institutions, legal systems, technology, human resources, and social acceptance “Towards Realization of a New Economy and Society”, April 19, 2016. This will be our global challenge, in which not only government but also industry and academia are expected to play a major role, which involves creating innovation and ecosystems.

Want to learn more about technological advances, education in the era of Society 5.0, and business, get the information by clicking here.