Multiculturalism is a situation in which all the different cultural or racial groups in a society have equal rights and opportunities, and none is ignored or considered unimportant.

Multiculturalism is usually formed on a national scale or in the community of a nation and state. This can occur either naturally through immigration, or artificially when different cultural jurisdictions are unified through legislative decisions, as in the case of France and Canada.

For example in the field of political philosophy, multiculturalism refers to the ways in which a multicultural society chooses to formulate and implement official policies related to the fair treatment of different cultures.

Multiculturalism is a society’s way of dealing with cultural diversity, both at the national level and at the community level.

Multiculturalism develops according to one of two theories, namely the “melting pot” theory or the “salad bowl” theory. The following is a more detailed explanation of this theory.

This melting pot theory defines that various immigrant groups will tend to “melt or melt together”, setting aside their respective cultures and eventually fully assimilating into the dominant society.

Usually used to describe the assimilation of immigrants to the United States, smelting theory is often illustrated by the metaphor of a foundry smelting pot in which the elements iron and carbon are smelted together to create one stronger metal—steel.

In 1782, J. Hector St. John de Crevecoeur, a French-American immigrant wrote that in America individuals from all nations are ‘melted’ into a new human race, whose hard work and progeny will one day cause great changes in the world.”

As the ingredients and contents of salads vary, different cultures are brought together, but instead of blending into one homogeneous culture, maintain their distinct taste. In the United States, New York City, with its many unique ethnic communities such as “Little India” and “Chinatown” is considered an example of a salad bowl society.

However, the salad bowl model has a negative impact, for example, it can divide society, causing prejudice and discrimination. Additionally, critics point to a 2007 study by American political scientist Robert Putnam that showed that people living in salad bowl multicultural communities are less likely to vote for or volunteer for community improvement projects.

Characteristics of a Multicultural Society 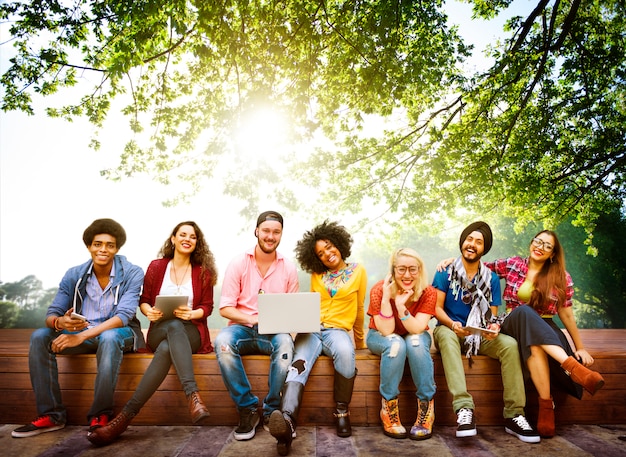 A multicultural society is characterized by people of various races, ethnicities, and nationalities living together in the same community. In a multicultural society, people maintain, pass on, celebrate and share their unique way of life, language, traditions, and cultural behavior.

The Pew Research Center conducted a 2018 study conducted by finding that the “pre-millennial” generation aged 6 – 21 is the most diverse generation in American society.

Examples of multiculturalism are diversity

Some examples of how multiculturalism has affected the social and political sphere are found in curriculum revisions, particularly in Europe and North America, and the expansion of Western literature and other canons beginning in the last quarter of the 20th century.

The curriculum from elementary to university levels was revised and expanded to include contributions from minority and neglected cultural groups. The revision was designed to correct what was perceived as a false Eurocentric perspective that overemphasized the contributions of white European colonial powers and underestimated the contributions made by indigenous peoples and people of color.

In addition to these corrections, the contributions that cultural groups have made in various fields have been added to the curriculum to give special acknowledgment of contributions that were previously overlooked. The establishment of African American History Month, National Hispanic Heritage Month, and Asian American and Pacific Islander Heritage Month in the United States are examples of such movements.

The addition of works by members of minority cultural groups to the literary, historical, philosophical, and artistic canon further reflects a desire to recognize and incorporate multicultural contributions to the wider culture as a whole.

The Importance of a Nation’s Diversity

Multiculturalism is a key to achieving multiple levels of cultural diversity. Diversity comes from the mixing of people of different races, nationalities, ethnicities, religions and philosophies who come together to form a community.

Today all over the country, in the workplace, and in schools it is increasing and consists of various cultural, racial and ethnic groups. By learning about the diversity of a community, it builds trust, respect and understanding across cultures.

That was some explanations of the multicultural society. Want to get a degree from an international university and a U.S bachelor’s degree from the University of Arizona at the same time? Come study at Sampoerna University. Find out more by visiting this link.

Alumni Stories: Win Scholarships to Study at the University of Arizona