Understanding Pancasila Values and Its Examples

The basic value of Pancasila is the essence, meaning, or essence that is already contained in Pancasila itself. The basic values are only general because only something that is considered as an evident truth has been agreed upon by everyone within the scope of that understanding.

As the basis of Indonesia as a nation, Pancasila has the power to regulate the administration of the state apparatus under the preamble to the 1945 Constitution. In addition, it functions as an ideology with important values in it, these values which must be practiced by the Indonesian people in the life of the country even though these values have different levels, separately.

Pancasila is an ideology that represents the Indonesian nation and is the basis of state administration. As a basic ideology, it is included in an open ideology so that the Indonesian people always apply the values contained in Pancasila as the times develop.

Pancasila consists of five principles, each of which is symbolized by a certain symbol with a special meaning. In essence, these are the basic principles that are used as a guide for the nation and state and have certain values. Here are the five Pancasila principles mentioned. 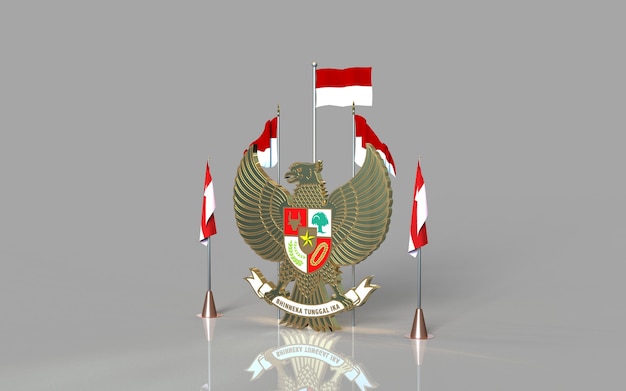 It is a value that does not change from time to time or is fixed, this value is contained in the preamble of the 1945 Constitution. Then it is divided into several, such as instrumental values ​​and practical values.

The instrumental value of Pancasila is a value that can be measured and can be changed, it is the elaboration of the basic values in the form of the 1945 Constitution and the Order of State Laws according to Law No. 10 of 2004 to be a brief definition of what instrumental value is.

It is a further elaboration of the basic values and instrumental values of Pancasila carried out in people’s daily lives. However, because of the elaboration of basic values and instrumental values, the nature of practical values in their form should not deviate. Like the application of the 3rd principle of Pancasila, the community must uphold the unity and integrity of Indonesia.

The practical value of Pancasila can always change along with the times and the development of the instrumental values on which it is based. However, this change will never affect the fact that practical values are a manifestation of the attitude of the basic values contained in Pancasila.

Examples of the basic values of Pancasila are the core of each of the five precepts in Pancasila. Among them, such as Divinity, Humanity, Unity, Deliberation, and Justice, it is hoped that these five precepts can be used as norms and bases of law for the Indonesian nation and state.

Having to respect all religions even though they are different from beliefs, according to the sound of the first precepts is an example of practical value. Other examples such as treating people fairly without favoritism, cheating, or even harm, in accordance with the second precepts of Pancasila and many more examples.

That was a brief about Practical Values, Instrumental Values, ​​and Basic Values ​​of Pancasila along with their understanding and examples. There are many things and ways that can be done to implement the values ​​mentioned above. One of them is studying science and technology as a human right.