Understanding Break-even Point – Its Basics, Elements, & How to Calculate

When studying economics, you must be familiar with the term break-even point or BEP, break-even point is one of the indicators used by investors in investing capital into a company. Even so, BEP is different from the return on investment, and because of that many people misinterpret it.

In the field of economics, accounting precisely mentions return on investment as ROI. It is the Capital that is issued when running a business and provides benefits that can be obtained within a certain period. For ordinary businessmen, it certainly becomes an obstacle in understanding financial news accompanied by BEP-related businesses.

Its role is to be a point of balance against the results generated from income as well as capital outflow, a condition that allows for minimal losses or gains. Overall profits and losses are generated at position O or called the break-even point. This means the company does not suffer a loss or vice versa.

So what is a break-even point? It is acting as an operational system in companies using fixed costs and sales volume which is only used to cover fixed and variable costs. When the company incurs a loss, it can occur only when sales are sufficient to cover variable costs up to some of the fixed costs.

This also applies to the opposite or in making a profit, so that sales exceed the variable costs and fixed costs that come out of the company. Calculation of shares using the BEP method can determine whether investors can buy or sell shares.

Understanding BEP (Break Even Point) According to Experts

It means that BEP is the total sum of what will be achieved to cover all operational costs that have been incurred by the company. The achievement of BEP can be seen from the gathering of product selling values to benefit from net profit, the value that appears is proportional to the costs that have been spent on production.

According to Abdullah, the selling price decision after conducting a study mentioned several related things, including the determination of the minimum number in production so that the selling price is determined by the company not causing losses, when market demand is not high, determining the amount of profit and the percentage of sales decline.

The definition of break-even point according to these three experts refers to the amount of revenue from sales volume which has the same nominal value. Fixed with the number of costs incurred in the course of the production process, so the company did not find any profit or loss.

The Break-even point is a method used by ordinary or novice businessmen as well as professionals in achieving minimum sales volume. The goal is that the business does not suffer a loss to the profit that is at zero. For the average person, point 0 is the break-even point for a company that is neither losing nor making a profit.

It is stated that BEP is the total amount of income owned which is equal to the total cost of expenditure for production. This amount includes variable costs and fixed costs or fixed costs.

The Fundamental of Break-even Points (BEP) 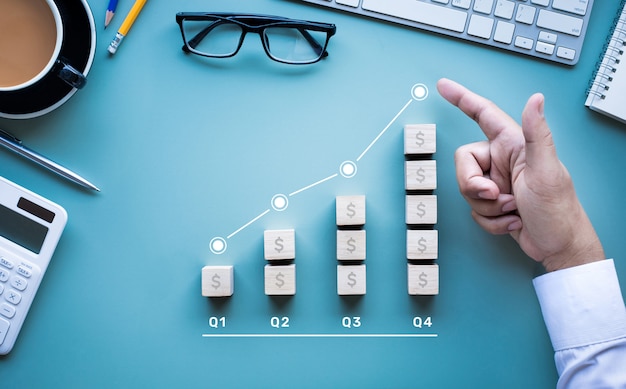 A company can understand and know their finances in a certain period or the next by looking at the BEP of sales. Therefore, it is necessary to understand the basic concepts in determining the BEP. The following are some of the fundamental of BEP that must be acknowledged:

Fixed costs are the first element of BEP, as basic costs are always incurred by the company even though the company does not produce goods.

This is the opposite of fixed costs because it follows the amount of production the company spends. Variable costs can be seen as the costs used to hire labor or equipment and others.

Is a combined cost of fixed and variable costs that are mandatory to be paid even though there is no production. However, when road production and the number continue to increase, it will continue to follow production output, for example, the cost of electricity bills.

The emergence of this element is the result of the sum of all costs because this element is a pure price with the same nominal BEP. This can be understood as the profit value contained in the cost of goods sold being equal to zero.

This fifth element means the part that must be added to the product price after the BEP can be calculated. So that it can determine the nominal profit margin, and conditions that make the selling price of the product as desired.

To find out the entire total cost of production is the first benefit of BEP, the costs incurred during the production process. BEP calculation will also automatically calculate all outgoing costs.

In knowing when a loss occurs, the company, in this case, especially the businessman, must first know the number of products that must be sold in a certain period. If the BEP is not calculated then the estimated amount sold will not be calculated.

It is the last benefit of BEP, to do a business analysis related to the question of whether the business being run can generate profits. And the BEP calculation is the basis for determining this profitability.

How to Calculate Break-even Points (BEP)

The formula for BEP per unit is BEP per unit = Fixed Cost / (selling price per unit- variable cost per unit), being the benchmark of fixed costs. The BEP method is used to determine the contribution of the product per unit to the profits achieved from sales.

This method of calculation is based on the fixed cost divided by the difference between the selling price and the comparison. Variable cost with the total price, the formula of BEP per sale is BEP per sale = fixed cost / [1 –(total variable / total price)].

The use of the BEP calculating method per cost is based on the cost of goods, then deducted by profit margin or selling price. The use of this method is most often done, this is because the use of the formula is considered easier. Namely BEP per cost = (Total Fixed Cost + Total Variable Cost) / total unit.

This condition makes demand higher, so companies do more production to meet additional consumer demand. Then the company decided to increase the BEP to cover the additional costs.

Demand usually remains the same but variable increases, leading to the production of raw materials. If this condition occurs, the BEP will increase due to additional costs and besides that, it will also have an impact on other cost increases.

Equipment is the key to where production runs, if it is damaged then the production process is also affected to cause negative impacts. Therefore the equipment also needs inspection and will cost money.

What is meant by the break-even point is the balance point between the total income and the capital issued. Companies that experience this condition are at a neutral point, not losing but also not making a profit. Many benefits can be taken from understanding BEP, if a business experiences a break-even point then the business is still safe.

Thus a brief explanation of the break-even point. This is very important considering the many benefits provided, especially for students who are studying economics at Sampoerna University’s Faculty of Business.

Sampoerna University implements an international curriculum, making students not only filled with business knowledge but also allowed them to practice it directly and under the guidance of qualified internationally licensed lecturers.